The Museum of the Southern Jewish Experience provides engaging public programming for all ages. Join us in-person or virtually for lectures, author conversations, workshops, performances and much more! 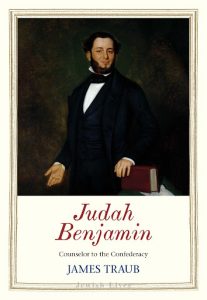 Judah P. Benjamin is one of history’s most complicated figures. Benjamin, raised in Charleston to Jewish immigrants, represented Louisiana in the United States Senate and, after secession, served in a variety of positions in the Confederate Cabinet, including Secretary of State.  His prominent advocacy for slavery and the Confederacy has stirred in recent years considerable angst and debate among Jewish historians and commentators regarding Benjamin’s complicated legacy.

The long history of the Jews of the American South has been described as a story of prejudice and privilege. I would add that it is one inextricably tied to our Jewishness and its impact on our relationships with our neighbors–black and white, rich and poor. I hope that the Museum of the Southern Jewish Experience will do justice to this complex and grand story, warts and all.