The Museum of the Southern Jewish Experience provides engaging public programming for all ages. Join us in-person or virtually for lectures, author conversations, workshops, performances and much more!

Jews of the Wild West

Mosey on down to MSJE for a screening of the new documentary Jews of the Wild West. We will have two showings–September 15 and 17. Following the screening on September 15, join us for a conversation with filmmaker Amanda Kinsey about the making of her intriguing documentary, and hear more about the unique contributions that Jewish Americans made to shaping the western United States.
WHAT: Jews of the Wild West documentary screening
WHEN: September 15, 6:00pm Central, and September 17, 5:30pm Central
WHERE: Mintz Family Theater at MSJE
$5 for Members, $10  for non-members 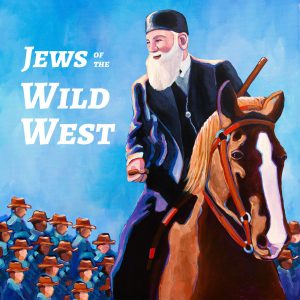 I have lived all of my 75 years in Lexington, MS, a small town which happened to be blessed by the presence of a substantial and prosperous Jewish community which contributed much that was good to the life of our community and frankly to my own life. Its Jewish population made Lexington brighter, a little more sophisticated, a little more tolerant, and a lot happier.